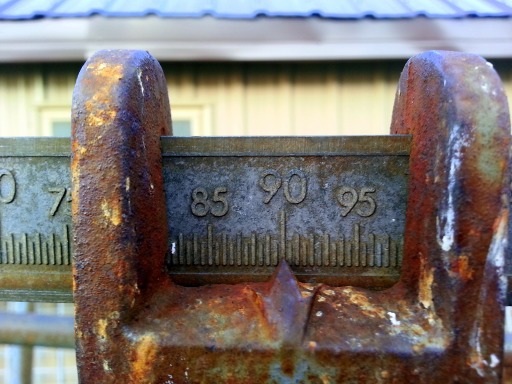 My return to the sheep business has been interesting. I started again with a new breed and experimenting with new methods.

I moved home at the end of July and I knew it was time to tend my flock. The ewes’ hooves needed trimming. The lambs, out on pasture, needed a shot and to have their weights monitored.

Young lambs don’t yet have resistance to parasitic worms that thrive in grazed pastures, so they need to be treated once per month until six months of age. Only a couple of my lambs were in serious need this round. What came as a surprise was the weigh-in.

I’ve always grain-fed market lambs in the past, never grass-fed, like I attempted to do this summer. Personally, I favor grain-fed as a producer and a consumer. The turnaround is faster, with less risk of health issues, and the end products taste great, too. Still, grass-feeding is something I want to experiment with. Not only do consumers want to try it, but it would give me an edge of versatility when grain prices rise and the weather is favorable.

In the second week of June, I had cut the older of two small groups of lambs off of feed and onto pasture. When I weighed at the end of June, they showed gains—disappointing gains, but gains. For July, this same group showed losses across the board. Thinking there was plenty of green grass in front of them, I didn’t consider supplementing their diets with hay, and I really should have. This was a huge mistake on my part. It turns out that the weigh-in was more for me than for the lambs.

A positive surprise came from the second, smaller group of lambs. These lambs were born from late April to mid-May and nursed on pasture, without grain. I weaned them all on July 15. The results for this bunch were hit-or-miss, with two big hits. One wether weighed 48lbs, and a ewe lamb weighed 52lbs! Having had nothing but help from their mothers, these two excelled on pasture and almost caught up with the first group. This is a great sign. I’ll be keeping the ewe lamb in the flock. With gains like that, I can’t pass up the genetics.

And genetics is half the battle. Ewes and rams that excel on pasture make lambs that excel on pasture—usually. Another critical element is parasite resistance. I had problems with one lamb and one brood ewe struggling with haemonchus this summer. Luckily, they were somewhat resistant, and it did not kill them, as the parasites could have. Still, I won’t be able to keep them, as they would likely pass on poor traits.

Researching, refining my methods, and improving my flock will make the difference in making this a smooth operation in the future. The dorpers truly are low-maintenance in comparison to others I’ve raised, and that’s a trend I want to continue. My dad has been very helpful in my absence so far, but I want to keep the workload light as possible for him.

With the older group averaging about 60lbs, and the younger 40lbs, my plan is to begin slaughters on September 16th and later. I know it’s got my dad scratching his head that I didn’t sell these lambs any time in the last couple months, like I could have. But would I have learned? And that’s what I wanted. In this venture, I want my knowledge and shepherding ability to grow as much as I want my bottom line to grow. In time, I think they both will.

One thought on “Weighing In”